Marijuana and Our Pets

As the recreational and medical use of marijuana in Oregon has been legalized there are often questions about its use in pets.

Controlled Drugs are categorized in “Schedules”; Schedule I drugs are the most restricted and are illegal. They include heroin and marijuana. Other narcotics like morphine and codeine are Schedule II. Because marijuana is listed as a Schedule I controlled narcotic there has been less research done regarding its safety and efficacy in humans and virtually no controlled studies have been done that translate for our pet population. 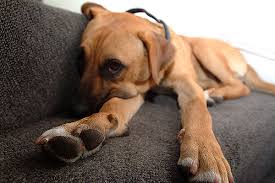 We do know that THC (one of the active ingredients in marijuana) is more toxic to dogs than in humans and rarely, can be fatal. And as it’s is becoming more prevalent, more dogs have been taken to veterinary emergency clinics for toxicity. In Colorado, as of 2012, the number of dogs treated there for cannabis toxicity had quadrupled since medical marijuana was legalized there.  Data after recreational marijuana was legalized are not available yet, however, one might presume the incidents have risen.

Dogs can be poisoned by marijuana in many ways. They include:

Signs of toxicity include: 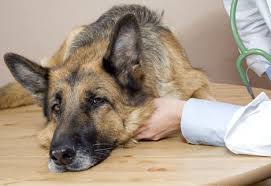 Treatment for toxicity may require hospitalization for several days, decontamination of the GI tract, IV fluids and in some instances, ventilation with a respirator.

There is scant to no research on the medical uses of marijuana in veterinary patients. And while there is anecdotal information this is not a good way to make medical decisions for our patients. Whether there will be data in the future is not known but depends on funding and making it easier to study marijuana (i.e. reclassifying it as a Schedule II or III narcotic).

For more information on pets and marijuana read “Is Medical Marijuana Safe for Pets? A Case for More Study” by Dr. Nard Robinson. http://www.vetstreet.com/our-pet-experts/is-medical-marijuana-safe-for-pets-a-case-for-more-study.  Also Veterinary Partner has a brief discussion on the topic. http://www.veterinarypartner.com/Content.plx?P=A&S=0&C=0&A=1382

And for those who are curious here’s an article about marijuana and cancer in humans. https://www.sciencebasedmedicine.org/medical-marijuana-as-the-new-herbalism-part-2-cannabis-does-not-cure-cancer/

In short, marijuana use in pets is uncharted territory. We cannot recommend its use in pets as a medicinal because there’s just no evidence for its use and there are no data regarding its efficacy for treating disease. Moreover, we really can’t emphasize how important it is to that pets not be permitted access to marijuana.